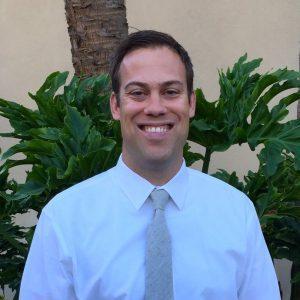 I am an associate professor of philosophy at the University of Texas Rio Grande Valley.  I primarily teach social and political philosophy and continental philosophy. Teaching is important to me and I have been honored with Regents’ Outstanding Teaching Award and the Excellence in Hybrid Teaching Award. My most recent research interests have been in propaganda and how it has come to serve as a private, for-profit form of corporate governmentality in the 20th century. In other words, I basically look at how public relations, advertising, and marketing have been used to influence the conduct of the public to further corporate aims with very little democratic oversight or input.

How did you get to be a philosophy professor from Texas?

I did not always live in Texas. I began my philosophical journey at the University of California Santa Cruz. In the mid-90’s, Santa Cruz was a great place to be for a young person exploring their essential weirdness and try on a lot of different hats. I learned a lot studying from heavyweight philosophers and activists like David Hoy, Angela Davis, Theresa de Lauretis, James Clifford, Wendy Brown, and Donna Haraway.

I got my PhD in philosophy from Penn State in 2006.  I remember flying in for my interview and Charles Scott picked me up in his station wagon from the airport. My first reaction was, “The endowed professor came himself to pick me up?” I was pretty much sold when I hopped in the maroon backseat of a grey Chevy station wagon. I wrote my dissertation at Penn State on Foucault’s work, trying to puzzle out how the transformation of one’s relationship with oneself is an important part of social and political change. One of the main advantages it had was that it let me explore the history of philosophy, preparing me to write with historical context.

I have lived in Texas since 2006 but I have yet to go in for the hat and boots. I do think of myself as a Texan though and have come to love the state. I’m lucky to work alongside the people that I do and my students are great. Those are the main things in your work environment as a professor and the philosophy department at UTRGV has them both.

What are Your Philosophical Interests?

In some ways, my interests are very traditional and connect back to things that interested Plato and Aristotle millennia ago: namely, what should be the role of a political regime in shaping its citizens into ethical beings? In other ways, my interests and methodology are quite contemporary. Like Foucault, the 20th century French philosopher, I am interested in mapping how our subjectivity is constructed through our interactions in modern life. I am deeply involved in the study of propaganda and the ways that it has been used by corporations to create the consumers, workers, and public opinion that they need to secure their existence and profits. What I find most frightening about propaganda is not that it lies but that it transforms who we are. If you are interested in more, you can read some of my articles open access here.

What Do You Teach and What Are Your Classes Like?

I have taught all kinds of classes. I just created a new course which won an award called Race, Sexuality, and Class. I have also been been teaching Ethics, Social and Political Philosophy, Contemporary Continental, Propaganda, and Radical Philosophy. I still really get a kick out of teaching good ol’ 101–Intro to Philosophy too. I love taking what students think is going to be a throw away course and turning it into something eye opening or even life altering.

My classes have changed a lot over time. My emphasis used to be strongly on teaching a certain set of ideas or philosophical content. Now, I am interested in providing a moving experience that ties together content with the development of philosophical skills (critical thinking, reading, discussion, etc.) in a way that sparks self-transformation. Each class I think of almost like a performance in that it must provide an affective experience appropriate to the content.

My classes typically have students doing a lot of philosophy rather than listening to me. If you look in my classes you’ll see students debating, doing puzzles, reading, teaching, diagramming, and more.

Do You Do Anything Else Besides Philosophy?

I love martial arts, I play my guitar, I binge occasionally on yoga, I am a recovering power lifter, and I have a strong hankering for wrenching–especially on my car (which is good thing because it is getting up there in miles). I am a mild (non-fanatical) foodie and my latest interest has been in exploring the beers of Belgium.