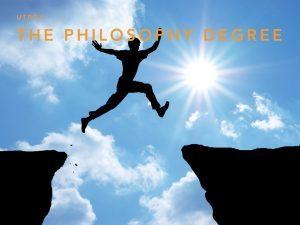 As far as the impact of recruitment on students, I have tried different stratagies in recruiting. The results were surprised me. What I found is that almost any invitation to students to study philosophy is successful. I think many students never seriously think about the major until they are invited to consider it. The difference in the different recruitment strategies was not so much in their success but in the kind of students they brought in.

What I found is complicated. At first, I thought, “Well, if I am going to recruit any kind of student, why not the highest performing ones?” I focused the recruitment materials on those who wanted to work towards long-term future goals like a specific career or graduate school. (Our university is almost entirely composed of Chican@s and the philosophy major already had a fair male/female balance.  Race and gender issues weren’t primarily where we needed to work). Student performance came up and class discussions and essays become more rigorous.

After some reflection, I came to an unusual conclusion about why the new strategy was effective at drawing high performing students. The conclusion I came to was that the students I was recruiting were not ‘better’ than the old ones. Rather, by focusing them on their future and philosophy in a particular way from the start, the materials were creating the majors they asked for. In other words, by telling students that ‘Doing philosophy is for people serious about their future who want to stellar GPAs, crushing GREs, kick-ass critical intellects, and the power to change the world!”…well, students took that as their mission. However else they might have approached philosophy and the university, now they had a context and mission. To some degree the recruitment materials created the students they asked for. (I should have predicted this from my research on propaganda!)

I have come to think of recruitment materials as the first phase of orienting students to their philosophical education. If you start the process off in the right direction, everything else becomes so much easier for everyone. Momentum everybody! I think it is worth paying deep attention to recruitment materials because they are formative. As philosophers, I think we tend to have disdain for recruitment as sophistic.  I now think that is a mistake.

If you’d like to check out some of the materials I have made, this slideshow for prospective students is online. The picture above is its opening slide.

Want to join the discussion?
Feel free to contribute!

This site uses Akismet to reduce spam. Learn how your comment data is processed.